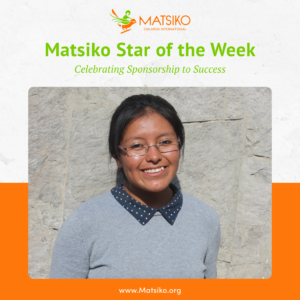 Alicia’s mother, who is blind, sold her and her sister to a child trafficker as she believed the trafficker’s false promise of providing her daughters with an education to better themselves. Thankfully, Alicia was rescued from her captor, and was brought back to her mother.

Remarkably, Alicia’s entire family has been helped through the power of the Matsiko sponsorship program – her older brother, Lucio, and her younger sister, Felicia, who was later rescued too and is now in the Matsiko program.

While trafficked, Alicia was a forgotten child living in a world of abuse and despair. Once Alicia was restored to her mother, a lot of recovery work was required to prove to Alicia that she is a worthy child – worthy to succeed and worthy to even help others. Alicia was part of two Matsiko/USA tours, where she learned confidence and the attributes of love. 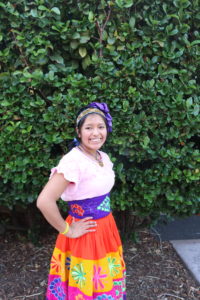 When Alicia returned home from the tours, she excelled in school and realized that if she achieves, she can help others like she was helped. Alicia also learned that her past was her past, and she could do nothing about that. Alicia also realized that her future is unwritten and she can play a part in making that a reality. Therefore, Alicia continued to excel in school and now, just this year, Alicia was accepted to the University of Peru to study business, particularly the study of public administration and tourism. Alicia wants to learn more about business so that she can own her own business someday and employ others to work and dream big like herself!

Thanks to sponsorship, like those in the Matsiko sponsorship program, Alicia is one of the rare people who has been rescued from the horrors of child trafficking and has overcome its sting!

To hear Alicia tell her story in her own words, watch it here: