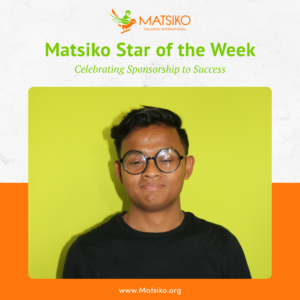 With no information on the whereabouts of his parents, Santosh was left to fend for himself. He was a rescued child staying at a government-run children’s home in New Delhi, India. All efforts to trace his family went unanswered and in 2009 Santosh was transferred/joined a child care institution that partners with MCI.

Santosh is a sincere, diligent, and caring young man. He is a very good student, and found out early in life that he has special talents in painting and sculpting, as well as in sports. In fact, Santosh was so talented in the arts that people would purchase his work as a youth!

When Santosh finished high school, he passed with top honors. Santosh then applied to a reputable university, and is now in his second year of college studying for his Bachelor of Fine Arts degree. Painting and drawing – from water and crayon colors to pencil sketching to sculpture – Santosh is now set to make a foray into the world of art by becoming a sculptor!

Thanks to the love and support of Santosh’s Matsiko sponsor, he is allowed to pursue his dream of art, instead of being one of the countless street people who roam the streets of New Delhi.