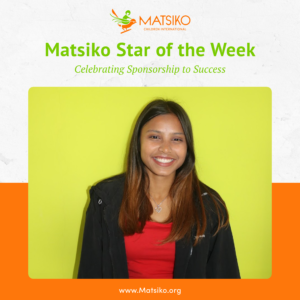 You wouldn’t believe it now, but Soni was a very shy girl growing up. She preferred to be alone and was shy and quiet. You see, Soni didn’t believe that she had anything to offer. When she was young, her parents abandoned her at a train station. Soni was very lucky in that a person who was honest and kind, and also an authority, found her and placed her in the legal system in New Delhi, where she was placed in an orphanage home that partners with Matsiko Children International.

After being partnered with a Matsiko sponsor, Soni was able to start school and over the years flourished to become one of the top students in her class. (Since India has a very competitive educational system, this is an accomplishment not easily earned!) Later, Soni saw that her home participated with the Matsiko India Choir, which is composed of children with backgrounds just like hers. Motivated by the message of hope and overcoming, Soni joined the choir and eventually was accepted to the Matsiko World Orphan Choir that tours the USA!

Throughout all of this, Soni excelled in sports to a degree only few in India ever achieve. Touring the USA, Soni broke out of her shell and became a funny, confident, and very outgoing young lady! Returning back to India, Sonni has become an inspiration to other children in Matsiko’s program. She was offered a scholarship from the Military Academy to attend university in India, and she is also practicing with India’s Women Soccer Team, which is our equivalent of the Women’s World Cup USA Team!

Soni believes to this day her life changed because she was in the Matsiko sponsorship program, a program designed for people like her, as well as becoming proudly involved in the Matsiko World Orphan Choir! Now Soni will speak to whoever listens, and more importantly, she is motivated to support and encourage others like herself who feel as if they should be alone and isolated because of their past. 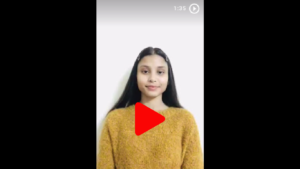